Locals, including sixteen and seventeen year olds are being encouraged to register to take part in the independence referendum next year.

Locals, including sixteen and seventeen year olds are being encouraged to register to take part in the independence referendum next year.

Lothian residents will soon receive annual electoral registration forms through the post and are being encouraged to complete and return them so they can have their say at next year’s poll.

In 2014 Electors will also be able to cast their vote at the European election in May as well as the independence referendum in September.

Anyone who is aged 16 or over on 18 September 2014 will be able to vote in the referendum, so every house is also being sent a ‘young voters’ form to register their details.

People completing the registration forms are being urged to make sure the details of any 16 or 17 year olds are included.

Electoral Registration Officer Joan Hewton explains: “People are talking about the referendum with family and friends, but the only way to have your say is to vote on 18 September 2014, so make sure you’re registered to vote. Registering is quick and simple. All you have to do is update and return the registration forms with details of everyone who lives in your household and is eligible to vote; and remember to include anyone who will turn 16 by 18th September 2014. It’s straightforward, any young person who is 15 and will be 16 by the 18th September 2014 should add their details to the young person’s form and anyone 16 or over should add their details to the main household canvass form.”

For more information or if you don’t receive a form shortly contact the electoral registration office on 0131 344 2500.

Alison Glencorse lives in Pencaitland with her husband Alan and their daughter Charlotte, having moved to the village from the south coast of England in 1994 and having twice moved house since then within Pencaitland.

She works two days a week as a credit manager for the Royal Bank of Scotland plc, and since having her daughter has been involved in local committees and organisations. These include the Mothers and Toddlers group, Playgroup, Junior Scottish Country Dancing group, 1st Brownie Pack, the Parent Council at Pencaitland Primary School, as well as for the National Childbirth Trust, East Lothian branch. She is interested in local issues and looks forward to serving as a Community Councillor.

Meanwhile new community councillor Robin Sinclair and his wife Fiona moved to Pencaitland in 2006 with their twins Malcolm and Evie, who both attend the local Primary school. Robin commutes daily by bus to Edinburgh where he works in IT for an investment firm. He’s a keen golfer and enjoys spending his spare time out on the fairways. He is keen to help the community council continue to serve the village and surrounding area and help represent the wider views of villagers on local matters.

In addition to the new faces joining your Community Council, the most recent meeting was also an opportunity to elect office bearers. In all there are four elected positions — Chairman, Vice-Chairman, Press Secretary and Treasurer.

Ralph Averbuch remains as Community Council Chairman and also takes on the role of Press Secretary. Phil Summerfield becomes the Vice-Chairman and Jean McCormack was re-elected as Treasurer. Additionally Fiona Tennick has taken on the temporary role of community council secretary until we can find a person willing to take up the post.

A full list of community councillors, ELC councillors and the local community police officer can be found here.

This now means that Pencaitland Community Council has twelve sitting councillors. According to the constitution it is possible to have a maximum of fifteen, which gives us the opportunity to fill these three remaining unoccupied seats.

The local ward covers more than just the village of Pencaitland, extending to New Winton in the north, Wolfstar Farm to the west, Boggs Holdings, Nisbet and Spilmersford Mains to the east and lastly Peaston, Glenkinchie, Templehall, Huntlaw, Fountainhall and Dodgeridge Farm Cottages to the south.

That’s why the Community Council is keen to hear from people not just from Pencaitland but also these other parts of the ward, or anywhere in-between. We want to have voices from the whole of the ward in order to ensure that, as best we can, all the interests of locals are effectively represented on your local community council.

Could that be you? If you would like to discuss this further why not contact the current chair via email or call Ralph on 01875 340 641.

Pencaitland Community Council needs representatives for Peastonbank/Glenkinchie, New Winton, Boggs Holdings, Fountainhall and more. Could that be you?

Nominations recently closed for the twenty community councils within East Lothian. Most will return with no need for elections.

This has been the picture in the Pencaitland Community Council area for many years, with no elections ever having taken place for seats in this ward.

In all there are fifteen seats on Pencaitland’s Community Council with twelve taken up for the next session. Sadly, this means that we are under-represented.

We really want local representation for other parts of this ward including Peastonbank/Glenkinchie, New Winton, Boggs Holdings, Fountainhall and everywhere in-between. Equally, for a rural area we have no-one from the farming community nor anyone in their teens or 20s. Did you know you can be 16 and sit on the Community Council?

We are searching for new blood to join the team. We need more voices on issues which directly affect you and your local environment. If you care about local matters then take the next step – come along to your local community council and see if you’d like to become a co-opted member.

This is your chance to represent your local community and directly affect the way it develops in the future. Come along and be part of the team.

Interested in joining Pencaitland Community Council? Here’s your chance to help the community you live in and shape the future direction of your area. 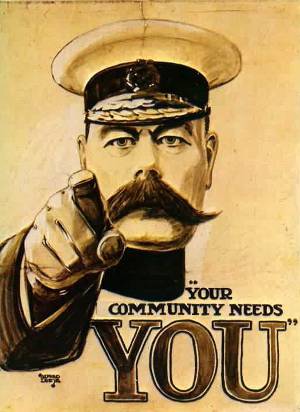 Have you thought about joining us on Pencaitland Community Council? Here’s your opportunity to help the community you live in and shape the future direction of your village.

East Lothian’s twenty Community Councils are run on a voluntary basis by local people just like you. They act as a vital link between East Lothian Council and the local area, giving residents an opportunity to speak out on local issues of concern. Pencaitland holds ten meetings a year.

Pencaitland’s Community Council extends to cover the villages of New Winton, Boggs Holdings & Glenkinchie/Peastonbank, plus everything in-between. We really need some new blood, not just from Pencaitland but all the those parts that fall within this community council and form part of our ward. 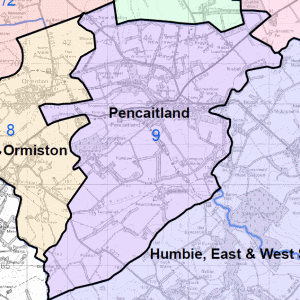 If you are interested in becoming a member of your local Community Council the only requirement is that you are aged 16 or over.

Nomination forms must be returned to the Returning Officer no later than 4pm on Thursday 13 September 2012.

With the outcome of the Council elections still in the balance across East Lothian, the results for the Fa’side ward are now in.

With the outcome of East Lothian’s Council elections still in the balance across the county, the results for the Fa’side ward are now in.

Long time councillors for Labour Jim Gillies and Donald Grant have been re-elected. Joining them for Labour is new recruit Shamin Akhtar (pictured centre front). For the SNP Kenny Macleod held his seat but his colleague Ruth Currie suffered at the hands of a strong local Labour campaign across Fa’side.

Congratulations to all the re-elected and newly elected members for Fa’side. Pencaitland Community Council hopes to enjoy both fruitful and regular contact with all the elected councillors for the ward.

UPDATE: The results have now been declared with Labour holding 10 councillors, the SNP 9, Conservatives with 3 and 1 independent. The Lib-dems have therefore been wiped from the political landscape in East Lothian. A full breakdown on the voting results can be found on East Lothian Council’s website.