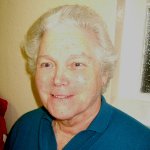 Jean has been a Community Councillor since 2005 and took over the role of treasurer in 2010.  Jean, now a full time housewife since retiring from accountancy positions in both manufacturing and retail, managed the village Ranger Guide Group for many years.  She lives in Pencaitland and has two grown up daughters who live in East Lothian. 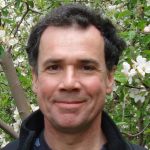 Married to Ute Skiba, Bob moved to Pencaitland in 1988 and joined the Community Council in 2001. He has two daughters, one at the Ross High in Tranent, the other currently studying at Aberdeen University. Bob works as a research scientist at the Scottish Agricultural College in Edinburgh. 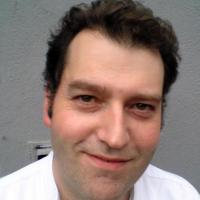 Originally from Edinburgh, Ralph Averbuch came to Pencaitland in 2003 with his wife Sheila after having lived in London and then Dublin for nine years. Married, with two kids currently attending the local primary school, he and his wife Sheila run a home-based copywriting company. Actively involved in local issues, he joined Pencaitland Primary School’s Parent Council in 2009. He joined the Community Council in March 2011.

Lynn moved to Pencaitland in 2001 with her husband Dave, having lived in Edinburgh since graduation (a long time ago!). She spends all her time juggling three small boys and a job at Marks and Spencer. Actively involved in the community, Lynn has previously been chairperson of the local playgroup and joined the Community Council in March 2011. 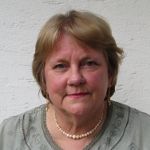 In order to be near her large, extended family, Fiona retired to Pencaitland 6 years ago (2005), after a lifetime’s senior teaching and posts of responsibility, mainly at The King’s School, Canterbury, where she spent many happy years. Sadly widowed just before retirement, Fiona hoped to build a new and different life up here, and so it has proved. Fiona divides her time between looking after the four of her grandchildren now living nearby, and classes at the university. She enjoys theatre, music, travel and gardening, and helps out regularly at a local school. In joining the local Community Council in March 2011, Fiona hopes to give something back to the place which has made her so welcome.

Phil Summerfield and his wife Vicki have been Pencaitland residents since 1975. They have both recently retired after careers in Construction and Teaching respectively, working in several countries in the Middle East. Since 1987 Phil and Vicki have been based back in Scotland. For a period in the 1980s, Phil was on the committee of the Parent Teacher Association at Pencaitland Primary School, when their two children were pupils there. Phil joined the Community Council in March 2011, saying “Having spent the past 37 years enjoying all the benefits of life in this village, it’s time I gave something back!”

Alison lives in Pencaitland with her husband Alan and their daughter Charlotte, having moved here from the south coast of England in 1994 and having twice moved house since then within the village. She works two days a week as a credit manager for the Royal Bank of Scotland plc, and since having her daughter has been involved in local committees and organisations in Pencaitland. These include the Mothers and Toddlers group, Playgroup, Junior Scottish Country Dancing group, 1st Brownie Pack, the Parent Council at Pencaitland Primary School, as well as for the National Childbirth Trust, East Lothian branch. She is interested in local issues and looks forward to serving as a Community Councillor.

Robin Sinclair, who joined the Community Council in October 2012, and his wife Fiona moved to Pencaitland in 2006 with their twins Malcolm and Evie now attending the local Primary school. Robin commutes daily by bus to Edinburgh where he works in IT for an investment firm. He is a keen golfer and enjoys spending his spare time out on the fairways. He is looking to help the community council continue to serve the village and surrounding area.

Originally from Edinburgh, Kristan moved to the Boggs Holdings with her daughter Emilie about 13 years ago to live with partner Neill. Emilie went to Pencaitland Primary and now attends Ross High School. A police officer in Edinburgh for nearly 20 years, she specialises in the public protection unit. When not parenting or policing she can be found up a Munro being a keen hillwalker. 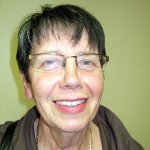 Patty has been a Community Councillor for 13 years. She is a retired teacher and has lived in Pencaitland since 1976. She is married with three daughters. Patty was Brown Owl for a number of years and also served on Pencaitland Primary School Board. 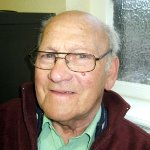 Andrew is a native of East Lothian, brought up in Tranent, bringing up his family in Glenkinchie and now living with his wife at New Winton. Andrew is now retired after a successful engineering career in transport and fleet management, first in road haulage and later with Scottish Omnibuses throughout the East of Scotland. He enjoys clay pigeon shooting and has been a member of East Lothian Gun Club for 30 years. 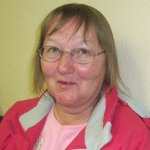 Sheena has lived in and around Pencaitland all her life. Growing up in Boggs Holdings she started her working life as a librarian before moving on to administration and secretarial positions in the financial services sector in Edinburgh, until she married and had a family. Sheena delivered the village mail for twelve years, worked at Glenkinchie Distillery for another five years, before retiring and looking after the catering for the village “lunch club” and joining the Community Council in 2010. 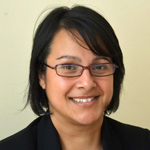 Shamin was selected as a representative for the Fa’side Ward on East Lothian Council at the 2012 council elections. Shamin has lived in Pencaitland since 2007, moving to the village from Musselburgh with her partner Ryan and their two young children in Limekilns. After graduating from the University of Abertay, Dundee in Biotechnology she was elected President of her Students’ Association, going on to be elected the President of the National Union of Students Scotland. Shamin has subsequently spent much of her career in the voluntary and community sector, including more than a decade working for SCVO, the national umbrella body for Scottish charities. She has also volunteered with a wide range of charities and community groups over the last 20 years including Chair of a national housing organisation. Closer to home, Shamin has supported Pencaitland playgroup and volunteered with the school’s PTA.
Email. 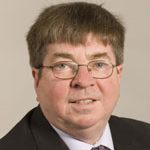 Jim has been a Councillor for Fa’side since 2007, sitting as Labour. A local growing up in Pencaitland, he has a wealth of knowledge about village developments over the years and now lives in the next-door village of Ormiston. Apart from his council duties Jim also sits on the East Lothian Educational Trust and is a member of Member of The Co-operative Regional Board for Scotland and Northern Ireland. 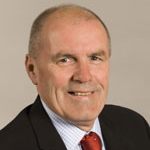 Donald Grant is a veteran of local politics. Always representing Labour he has been a Councillor since 1999. Ouside his council role he is involved with Active Leisure East Lothian, the Lothian Mineworkers’ Welfare Convalescent Trust and the Coalfield Communities Campaign. 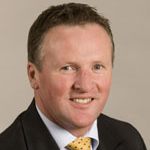 Kenny McLeod was born in Haddington and educated at Ross High School, Tranent where he still lives. Representing the SNP since 2007 he also has a wide range of outside interests.