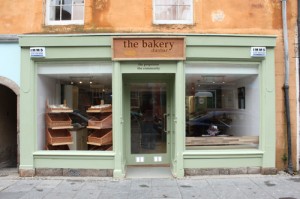 Outwith CCF funded time, we have continued to support volunteers running associated projects. These include: Dunbar Community Bakery which finally opened for business in October, Dunbar Food Hub which has won a tender to establish a community cafe and training kitchen in the new Dunbar Community Centre, the NHS Belhaven Garden project which has reached agreement with NHS Lothian to establish a community garden in the grounds of Belhaven Hospital and the OurLocality web platform which now hosts over sixty websites for local organisations (http://ourlocality.org/). We also organised the launch of Dunbar Fairtrade Partnership which is now applying for official fair-trade town status, and contributed to numerous events, workshops and conferences locally and nationally.