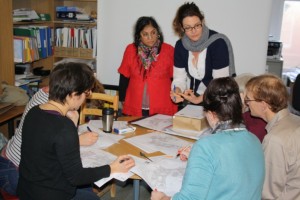 Dunbar Community Energy Company  DCEco has established itself in the community as a trading subsidiary of Sustaining Dunbar with four volunteer directors and a part-time project officer. The local area has been assessed for sites with potential for community ownership of renewable. Wind turbine sites are restricted due to previous commercial developments and newly approved, guidelines in East Lothian Council’s recently approved landscape capacity study. Also, most landowners have preferred to seek to progress purely private schemes. However, DCEco has now identified a site for a community owned wind turbine on Cocklaw Hill and secured a CARES (community and Renewable Energy Scheme) loan for the pre-planning costs of the project. At this stage a feasibility study is being completed which has established that the proposed site is suitable for an Enercon E48 500kW wind turbine. Once operational this community wind turbine would generate 1940MWh of electricity from wind power with an annual carbon saving of 835 tonnes CO2. It will also generate an income of around £250,000 per annum over 20 years to fund projects with an environmental and social purpose. A planning application is about to be submitted.

A website has been established and connects into the social media network. Briefings have been provided to three of the local community councils as well as a neighbouring community council in the Scottish Borders. Letters have been sent to MSPs involved in committees concerned with energy, climate change and renewable energy. This has resulted in meetings with our local MSP, the shadow minister of energy and the shadow minister for climate change. These meetings have secured the political will required to maintain support for community energy.

The wider community have been involved and consulted about the community energy project. DCEco organised a local opinion poll involving the distribution of 1500 questionnaires to households throughout our locality with 8 facilitators going door to door. The opinions of over 600 local residents have been collated and the results showed that, overall,  61% support the Cocklaw project with 21% against, the remainder being “not bothered”.

Negotiations have also taken place regarding community ownership in a 2.5MW photovoltaic array “energy park” but it has been established that it is not financially viable from the community point of view. The developer has offered an annual community benefit payment of £2000/ MW from the “energy park”.  A potential micro hydro site has been identified and is being assessed for viability by a consultant.

Most importantly the potential benefits from community energy have been promoted. Public opinion has been secured on how we should reinvest the substantial revenue available from community energy. The local people would like to support new local businesses and develop practical skills workshops as well as develop transport, food and energy saving initiatives. These will be within the charitable aims of Sustaining Dunbar and will contribute to the local resilience action plan.