We’re a local Arts organisation and a social enterprise which has evolved very quickly and developed a national reputation. The website was not just a way of staying connected with our local audiences, but a vital way of demonstrating to funders and supporters what we were achieving through our local projects.

Houston we have a problem!

Northlight Dunbar ran for 2 consecutive seasons in the OurLocality family of websites, after which it fledged under the new name North Light Arts. A new site was moved from OurLocality but after some structural changes in the organisation we then needed a low cost solution and didn’t really have the technical know-how to host it ourselves. We liked the fact that it was going to be locally hosted and the news syndicated locally.

How did Ourlocality help resolve your problem?

We were familiar with the setup at OurLocality so set out immediately to work on a new site, and we migrated everything back by hand. As it happens the OurLocality folk had managed to get a back up of everything and offered to retain the template and style. We decided that it was a good time to to change the theme, but it was reassuring that everything was backed up.

What would you say to others?

The free platform is just what we needed as we don’t have core funding. Our volunteers can manage the content creation relatively easily and the website has all the things that you would expect from an enterprise system, such as password recovery, and there is support if we run into any problems due to our lack of knowledge.

And how much did it cost?

Nothing. At some point in the past we paid for extra space to store larger amounts of images, though we understand it is cheaper and as well to store these on professional photo and video publishing platforms, such as Flickr.com and Vimeo.com. 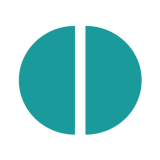