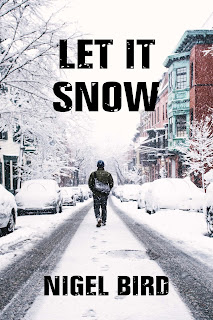 Let It Snow is now available for pre-order via Amazon as an ebook at the discounted price of £3.24 via this link. The paperback version will be available from the actual release date of November 11th. It’s a police procedural novel inspired by the 87th Precinct series by the legendary Ed McBain. It’s never easy getting a book off the ground, so any support would be welcome. For those in East Lothian who are involved in book groups, I’d be happy to come along and discuss the novel and my writing regime with you if you felt it worthy of your consideration.

Police Constable Ernie Shavers is murdered while trying to save the life of a suicidal teenager and everyone wants a piece of the killer. Some are happy to play it by the book, others don’t give a damn if the rules are smashed to pieces. Whether they’re playing straight or crooked, they may not have long before the killer strikes again. Unfortunately it’s a big city and the current crime wave has thrown them a couple of curve balls to pile on the pressure.

At the zoo, a rhino is killed for its horn. With no evidence trail and a broken heart, DS Sue Nolan turns to an old flame, a man who always has his ear to the ground. Gangland boss, Johnny Yen, is only too happy to help, but only if he can get a little something in return.

In the centre of town, the biggest store in the city is robbed by a mannequin. It’s the perfect inside job and the owners of the store know exactly which officer they want on the case, only the officer doesn’t feel quite the same way.

If that wasn’t bad enough, record snowfall has created chaos within the police department.

It’s going to be one hell of a Christmas. 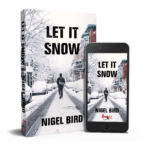