The Fairtrade Group will be holding its annual coffee morning on Saturday 28 February between 10am and 12pm at the Dunbar Town House. A donation of £1.50 for adults and 50p for children is suggested, which covers everything. All are very welcome. 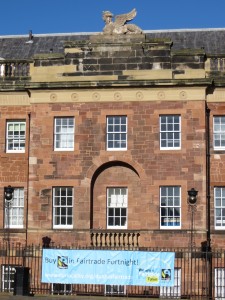 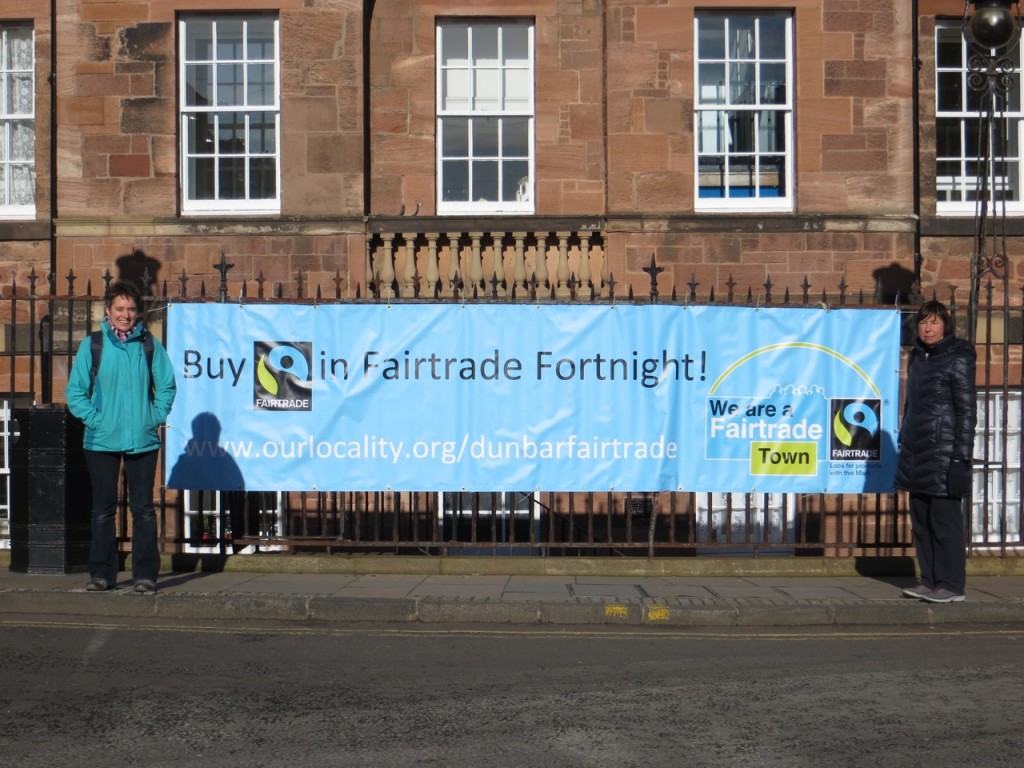 Posted in News | Comments Off on Fairtrade coffee morning…

To mark Fairtrade Fortnight, the Co-op in Dunbar High Street will be running a Fairtrade wine-tasting this Friday, 27 February, from 11 till 1.

Posted in News | Comments Off on Fairtrade good cheer…

Dunbar Fairtrade Group will once again celebrate Fairtrade Fortnight with its popular coffee morning, to be held in Dunbar Town House on Saturday 28 February from 10am to 12pm.

Nigel Bird said: “Our annual coffee morning is always a happy occasion, and we welcome everyone to come along and enjoy a Fairtrade cuppa along with home baking.

” We suggest a donation of £1.50 for adults and 50p for children – this covers everything, including a raffle ticket.

“Home baking and raffle prizes will be donated by local businesses and supporters, and there will also be a stall selling Fairtrade goods.

“Our new banner reading ‘Buy Fairtrade in Fairtrade Fortnight’ will be displayed outside Lauderdale House.

“We are pleased that Dunbar Primary School children will once again be entering a poster competition to advertise the coffee morning.”

Nigel added: “In Dunbar it is easy to buy key Fairtrade products such as tea, coffee, sugar, chocolate and bananas. Buying Fairtrade helps more than 1.4 million farmers and workers by giving them a fair price and a premium to spend on development. We consumers benefit too, by getting high quality goods produced in environmentally friendly conditions.” 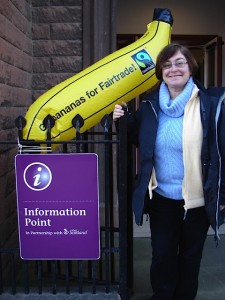 Posted in News | Comments Off on Dunbar to celebrate Fairtrade Fortnight

A date for your diary

To let you know that Dunbar Fairtrade Group will once again be celebrating Fairtrade Fortnight with our popular coffee morning. It will take place at Dunbar Town House on Saturday 28 February from 10am to 12 o’clock. A donation is requested of £1.50 for adults and 50p for children – this covers everything, including a raffle ticket!

Come along if you can and enjoy a Fairtrade cuppa or juice and home-baking in a relaxed atmosphere. 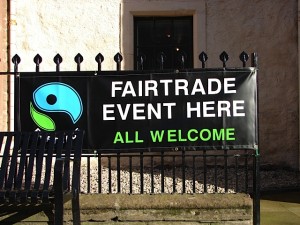 Posted in News | Comments Off on Fairtrade Coffee Morning…

On the evening of Sunday 14th December, Louise gave a talk on Fairtrade at St Anne’s Church, to a small but engaged group of people (six in total.) She writes:

“1 started by describing the work done by the Fairtrade Foundation / Fairtrade International, mentioning the wide range of products sold, and showing a map of Fairtrade producers.

” I talked in some detail about the Fairtrade Premium, and what this means for communities, where the Premium is invested in a wide variety of local projects. I rounded off by talking briefly through the history of Dunbar and District Fairtrade Partnership, and outlining the variety of ways in which people could become involved.

“At the end of the talk I handed round the Fairtrade leaflets, and answered questions. The questions, and the discussion that followed, indicated that the people were genuinely interested in the subject; which was borne out by comments received by email thereafter.”

The organiser of the talk, Zoe, wrote to Louise:

“Thank you so much for the talk – I have had great feedback from those who were there. I have also had further conversation with the Rector about how we pursue being a Fair Trade Church and we will be moving on that in the New Year.

“The leaflets have been put out for people to take and we will encourage them to get engaged.”

The evening concluded in the sharing of Fairtrade wine and juice, with cake and nibbles.

Notes used during the talk have been placed on file.

Posted in News | Comments Off on Fairtrade Talk at St Anne’s Church, Dunbar 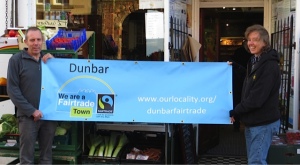 At its meeting in November, Dunbar Community Council unanimously agreed to award the Fairtrade Group £168 to pay for our two new banners.

The small ‘table’ banner has already been in action at our stall at the Christmas Lights fair.

The other banner, which is huge (1.2m x 4.8m), will be displayed on the Lauderdale House railings during Fairtrade Fortnight, 23 Feb to 8 Mar. It was inspired by a similar banner in North Berwick and reads ‘Buy Fairtrade in Fairtrade Fortnight’. It also carries the Fairtrade Town symbol.

A date for your diaries – the now-traditional Fairtrade Fortnight coffee morning will be held on Saturday 28 February at Dunbar Town House. Volunteers and donations of home-baking, etc., will be most welcome! Or just come along…

The Fairtrade Group held a successful stall at the Christmas Lights Fair on Sunday 16 November. The stall was well supplied with an attractive selection of Fairtrade goods, and despite being tucked away in St Anne’s Church, we did good business, especially towards the end. The ‘big banana’ sign on a lamp-post in the High Street definitely helped! Thanks very much to all who lent a hand and to our customers. 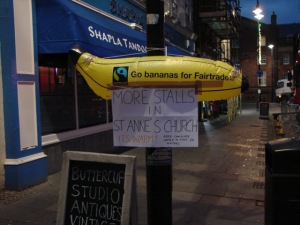 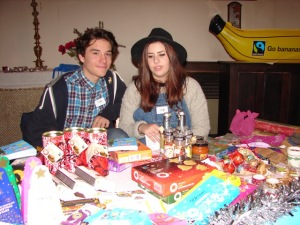 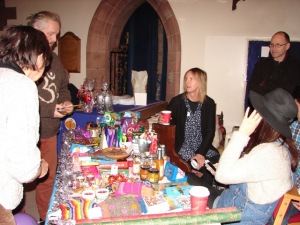 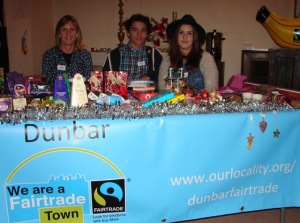 The banner will make its first appearance decorating the group’s stall at the Dunbar Christmas Lights Fair on Sunday 16 November. A selection of Fairtrade goods will be on sale and Fairtrade literature will be available.

Pippa Swan of Dunbar Shore and Harbour Group kindly helped to design the banner. Now plans are afoot for a second, larger banner, to advertise Fairtrade Fortnight next spring.

Posted in News | Comments Off on New banner!

Wide community support for Fairtrade cause

below is a list compiled over the past couple of years, by the Fairtrade group, with help from pupils and teachers from Dunbar Primary School as well as many others, who took questionnaires out into the community and gathered lots of information and views.

It shows how much community wide support and awareness there is for the Fairtrade cause.

Businesses, organisations, churches and schools that use, sell or provide one or more Fairtrade products, or are raising awareness of Fairtrade issues

If you would like to be added to this list, please drop a note to Dunbar Fairtrade Group c/o the BeGreen office.

Civic week got off to a wonderful start, the weather was kind and there was a great gathering for the saturday parade and race and there are so many events throughout the week for all to enjoy.

Dunbar not only supports its own town and community but as a Fairtrade Town shows that it also supports those in developing countries to work towards a better life where their hard work is fairly matched with a wage they can survive on, and safer working conditions too.

So well done and thanks to all who organise, support and take part in all our local events and our global concerns, we are truly a Town that cares. 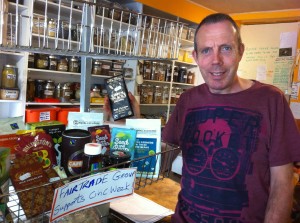 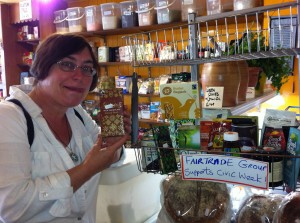 Posted in News | Comments Off on Civic week