In 2012 the Transport team from East Lothian Council submitted suggestions for road safety improvements. Your Community Council recently responded and we’re sharing this with you.

In 2012 the Transport team from East Lothian Council submitted suggestions for road safety improvements. Your Community Council recently responded and we’re sharing this with you.

Pencaitland Community Council, which formed a Roads sub-committee to deal with this topic, drafted a response paper addressing the original ELC suggestions, which can be seen here.

The subsequent report from the Roads sub-committee of Pencaitland Community Council, called “COMMUNITY CONSULTATION TRAFFIC CALMING MEASURES REPORT AND RECOMMENDATIONS”, can now be read online [PDF] and you can view a Google Map which illustrates where the sub-committee believes ELC can implement improvements and make both pedestrians and road users safer.

Below we are reproducing the covering letter which recently went to ELC along with the Roads sub-committee report.

Last year ELC’s Transport team provided the community with plans suggesting a numbers of road safety improvements. Your Community Council wants to hear your views before a response is sent.

Last year ELC’s Transport team provided the community with drawings suggesting a number of road safety changes. Your Community Council wants to hear your views before a response is sent.

In July last year, after a request from Pencaitland’s Community Council for joined up thinking on how to improve overall road safety across the village, ELC’s transport team responded with drawings outlining a number of ideas. You can see those original plans and what was proposed by clicking here.

In response to these suggestions the Community Council set up a Roads Working Group (RWG) to review the thoughts and comments of local people which have come via this website, social media and through word of mouth.

The Roads Working Group now has a provisional response to the ELC’s initial plans which it is ready to share with you (see map below), before a final set of recommendations is sent to ELC Transport for consideration.

Please share this information with your neighbours, especially those who are not comfortable using the web, and encourage everyone who has an interest in road issues around Pencaitland to send us feedback. Tell us your views via email to website@pencaitland.org, by replying below in the comments or simply leaving your views in a dedicated comments box that will shortly be found in the local Pencaitland Post Office.

What is the Roads Working Group proposing to ELC?

The issues surrounding traffic and pedestrian safety can be best summarised visually with the map below. Click the blue lines on roads or the markers to see details of what the RWG is planning to send to ELC. Whether you agree or disagree we want to know. Equally, if there are issues that you believe have not been picked up by the RWG please inform us.

If you find it too difficult viewing the map below, you can view a larger version by clicking this link: Pencaitland road traffic calming measures.

A printed copy of the map and a list of the proposed responses to ELC Transport’s original suggestions will also be available for review at the Pencaitland Post Office.

East Lothian Council’s transport team have almost finished making upgrades to signage coming in and out of Wester Pencaitland.

East Lothian Council’s transport team have almost finished making upgrades to signage coming in and out of Wester Pencaitland.

As part of the upgrade to signage there are also plans to add three sets of yellow rumble strips before reaching the newly installed 30mph signs. This gives cars and their drivers notice that they are coming to a slower section of road.

This is part of wider plans, some of which are still under discussion, to improve road safety throughout the village. The main road through Pencaitland is also due to be resurfaced, most likely later this year.

Following consultation last year, East Lothian Council’s transport team have begun making some improvements to signage coming in and going out of Pencaitland.

This is part of wider plans, still under discussion, to improve road safety throughout the village. However, it is unlikely that any major changes will take place until after the main road through Pencaitland is resurfaced, most likely later this year.

Co-operative company Lothian Broadband is on a mission to discover just how poorly served the rural communities of East Lothian are with internet access over phone lines.

Co-operative company Lothian Broadband is on a mission to discover just how poorly served the rural communities of East Lothian are with internet access over phone lines.

Despite all the constant press advertising for super-fast services the reality is that for rural communities and villages such as Pencaitland, the chances of getting it are almost non-existent.

Now Lothian Broadband, which started many years ago, providing wireless internet initially to Garvald & Morham, is aiming to ramp up its super-fast wireless web solution for other communities that have thus far been left in the slow lane of the so-called information super-highway.

How you can help

To help the team at Lothian Broadband understand where the not-spots are around East Lothian point your web browser at http://speedtest.net, run the test (it’s free) and then, once you see the results please then share them by posting the provided link either to Twitter @lothianbb or to the Facebook page for the co-operative company.

And if you can, please also give your postcode. Here’s what a typical result from Speedtest looks like.

Here are a few video examples from the last couple of days. The first was taken from a house just next to the Mercat Cross in Wester Pencaitland which is fairly close to the local phone exchange at the other end of the village.

By contrast, here’s David Walls’ test which is many miles from any phone exchanges, enjoying far better broadband than about 95% of the rest of the UK population (and all of Pencaitland by a huge margin).

Like so many digital services we have increasingly come to rely on, many require a minimum upload or download speed to operate reliably. Ten years ago there was no option to have Skype video calls with family in some far flung part of the world. Equally there was no BBC iPlayer catch-up service nor emerging digital video rental services like NetFlix which let you watch movies for a modest monthly charge.

Today, as more people spend some of their working week in a home office, it’s less of a luxury and much more a vital necessity.

The problem is, for rural communities in East Lothian these services are out of reach to most as the basic infrastructure we have today simply can’t cope. There’s no prospect of services like BT’s Infinity here; without the actions being taken by Lothian Broadband, and others like it across the UK, we will be waiting for an infinity to see any significant improvements.

And for those who live far from an exchange, even when these improvements do eventually arrive they are unlikely to make much difference for those living 5+ miles away.

Because of the variable speed and quality of broadband available in and around the village of Pencaitland and other outlying communities, Pencaitland Community Council has been looking into alternatives to the conventional Internet Service Providers who supply internet services through your telephone line connecting to the local Pencaitland BT exchange.

One alternative would be a wireless high speed system, giving coverage to homes and businesses in the area via a small external wireless receiver/transmitter on your house or office which can attach to your existing TV aerial.

Q. Have you taken part in Pencaitland’s Broadband survey?

Traffic plays a big part in the concerns of many locals. In an effort to have a number of issues addressed the Community Council sought the recommendations of East Lothian Council’s Transport department. Here’s the suggestions it came up with in response to this request. Tell us what you think?

Traffic plays a big part in the concerns of many locals. In an effort to have a number of issues addressed the Community Council sought the recommendations of East Lothian Council’s Transport department. Here’s the suggestions it came up with in response to this request. 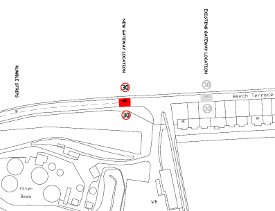 1. Easter Pencaitland Roundabout: Entering Pencaitland from the Haddington road ELC is proposing a roundabout with a proper central island. The current recommendation would necessitate relocating the war memorial and seating to a different corner. Additionally speed restrictions would be extended so that the 30mph limit would not cease until after leaving the village and would come into force before entering.

2. Pencaitland village road (Easter): After entering the village ELC is proposing traffic calming measures which are a combination of road narrowing and forming parking bays to the south side of the road in two locations.

3. Wester Pencaitland: Entering Wester Pencaitland ELC is proposing to move the speed restriction signs further west so that they come into force before vehicles arrive at houses. Additionally, in the run-up to the 30mph speed sign there would be 3 sets of rumble strips.